No Cold War Britain statement on Biden’s Summit for Democracy 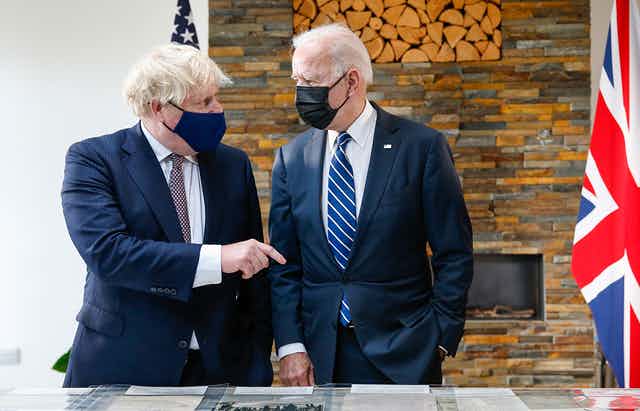 The facts show the so-called Summit for Democracy called by the Biden administration on December 9-10 is in reality just the latest cold war initiative of the US administration. This summit, which aims to get other countries across the world to join in with Washington’s attack on China in the name of promoting “respect for human rights,” will be attended by Britain.

The facts show that US administrations, far from upholding democracy internationally, have a record of systematic violations of it. No other country approaches the US in a record of invading other states, support for anti-democratic coups and other forms of aggression against countries including unilateral economic sanctions.

It is sufficient to mention only the invasion of Iraq, the bombing of Libya, the coup against Allende, the decades-long economic embargo against Cuba in defiance of almost unanimous votes in the United Nations, to see that the claim by the US that its policies are motivated by “democracy” is false.

US foreign policy demands that countries subordinate themselves to the US. The US will support any country which subordinates itself to Washington, including those that have no form of democracy whatever such as Saudi Arabia.

It is particularly ludicrous and hypocritical for Britain to join a summit aiming to lecture China about “human rights” and “democracy” when Britain ruled as a colonial power in Hong Kong for more than 150 years.

From 1840, Britain waged two “opium wars” against China, forcing heroin onto millions of Chinese people at gunpoint over several decades. During the First Opium War, Britain occupied and colonised Hong Kong, which remained under British rule from 1841 to 1997. During the more than 150 years of British rule Britain never allowed an election of the Governor General of Hong Kong in any form.

During the Second Opium War, 3,500 British troops destroyed China’s Old Summer Palace in Beijing, burning the palace to the ground and stealing much of its contents. Many artworks from the palace, including sculptures, porcelain, jade and gold objects, are today kept in the British Museum in London.

Such foreign policy crimes have unfortunately continued into the 21st century. Over the past 20 years Britain has participated in the US’s War on Terror which has resulted in millions of people being killed, injured and displaced in Afghanistan, Iraq, Libya and Syria.

The real focus of British foreign policy today, following the defeat of the US and its allies in Afghanistan, is to follow the US in its new cold war against China. This has included the sending of Britain’s largest ever aircraft carrier to the South China Sea and joining the new AUKUS military pact alongside the US and Australia aimed against China.

Britain is in no position to lecture China about “human rights” or “democracy.” The truth is that, in joining in with the US’s cold war attacks on China, Britain is pursuing a dangerous course that threatens world peace, stability and prosperity.

Instead of these attempts to create false divisions internationally as the US is aiming to achieve with its Summit for Democracy, the real struggle to advance human rights requires global co-operation to tackle shared threats facing humanity, including climate change, the pandemic, the economic crisis and averting nuclear-weapon proliferation.

The new cold war on China is a dangerous development, carrying the present and clear threat that this confrontation could lead to hot wars or even nuclear war, which therefore poses a great threat to human rights.